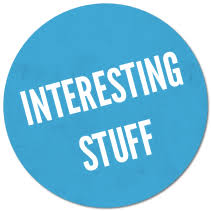 Homers Ain't What They Used to Be

Aaron Isaacs found this article in the New York Times this weekend and sent it our way, along with a request to add the capability to Van Valkenburg. The board of directors (council of elders) met and agreed that, as soon as we have the required second or third tier of seating, we'll make the investment!

Says Gary: "I got such positive feedback about the interview with Torii Hunter that I shared on this site a while back, I thought I'd kick off the Twins 2016 season with a few more moments from those interviews.   I had been hired to create Brad Radke's retirement video and these interviews were conducted just after the Twins had clinched their division in '06.  Along with many of the Twins' management and clubhouse gang, I was able to have a few laughs with folks like Bert Blyleven, Joe Mauer, Hall of Famer (and now Twins manager) Paul Molitor, Torii Hunter, Cy Young Winner Johan Santana, Carlos Silva, closer Joe Nathan, former skipper Ron Gardenhire, Justin Morneau, Michael Cuddyer, Nick Punto, and World Series-winning catcher, Terry Steinbach. Ten years later, it remains one of my proudest moments in my career. I think you'll enjoy watching this."

With the announcement in 2015 of Torii Hunter's retirement, we thought it would be fun to pull out this exclusive interview from 2006. Here's what Gary had to say about it:

"Thanks to Heather Radke and the Minnesota Twins, I had a chance to interview Torii and his teammates the morning after the Minnesota Twins clinched their division in 2006. The interview was conducted to get material for Brad Radke's retirement party video, but it also gave Torii a chance to talk about how he outfits himself for a team celebration, his remedies for surviving the bumps and bruises of a long season, and to foreshadow what he thought his own retirement might look like...nine years later. I was honored to meet him and, although I'm sad to see him go, I'm glad that he's ending his career in a Minnesota Twins uniform."

Here's the "How to Break In a Glove" article from the NY Times.

You can read it full screen by clicking at the box in the bottom right of the article. Or you can use your mouse on the far right side of the article to scroll down the it. If none of those options work for you, ask Aaron to summarize the article for you.
West Metro In The News

Here are our latest appearances in the news!

Ever Wonder How Baseballs Are Made?

Click Here for tips from The Senior Bomb Squad...

"For the Love of the Game."

Mike Max's tribute to West Metro Senior Softball can be seen
by Clicking Here!
Bill Preiss Has a Blog!
Click Here to read his latest musings...

Thanks to Gordy Donnell for finding interviews from "Senior Softball Central," featuring our friend, Dave Reed and his wife, Judy!
Click Here for Dave's interview.
Click Here for Judy's.

The Life You Save Could Be One of Ours...
That'd Be OK, Wouldn't It?

Jack Guldberg is always thinking! He thinks we should all watch this video.
Click Here for Life-Saving AED Instructions.

Push Here to Save a Life - If there's no AED, Here's what to to!

Previously, there was a link here, describing a technique known as "Cough CPR." That is NOT a recommended technique. We've come across more current and helpful information that could truly save your life.
Click Here